​DEMO-SHOP
Orders will not be processed and shipped.
Cookie preferences
This website uses cookies, which are necessary for the technical operation of the website and are always set. Other cookies, which increase the comfort when using this website, are used for direct advertising or to facilitate interaction with other websites and social networks, are only set with your consent.
Configuration
Technically required
These cookies are necessary for the basic functions of the shop.
"Allow all cookies" cookie
"Decline all cookies" cookie
Amazon Pay
CSRF token
Cookie preferences
Currency change
Customer-specific caching
Individual prices
PayPal payments
Selected shop
Session
Comfort functions
These cookies are used to make the shopping experience even more appealing, for example for the recognition of the visitor.
Note
Statistics & Tracking
Adcell
Affiliate program
Google Analytics
Track device being used
Categories

Enjoyed worldwide! But Caffe New York Espresso is not actually from New York. Instead, it was named after the Bar New York in the beautiful spa town of Montecatini Terme. Ugo Incerpi roasted his own coffee blend for his sophisticated guests during the early 1930s. The outcome was so impressive that day guests traveled from as far as Florence to enjoy a coffee by "Sor Ugo". Today, Caffe New York is considered one of the top gourmet espresso coffee companies by coffee connoisseurs. Read more ↓ 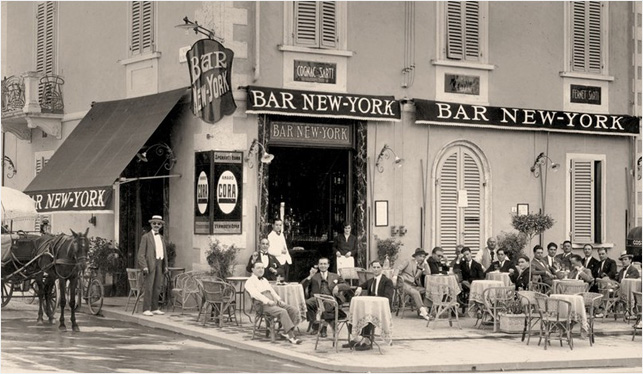 Filter
Close filters
No results were found for the filter!
1007 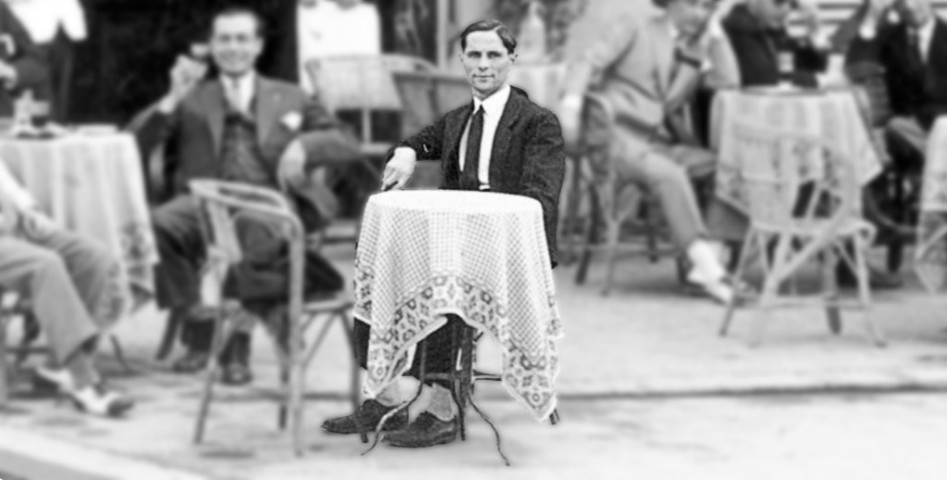 Born almost 100 years ago, Caffè New York has had a unique image and character right from the start. But don't let the name fool you: Caffè New York is 100% Italian.

It was born in Tuscany, at the beginning of the 1930s, when Mr. Ugo Incerpi, owner of Bar New York, purchased a coffee roasting machine, in order to offer a unique product to his refined clientele, who came to the Tuscan spa town of Montecatini Terme to regenerate with thermal treatments. The result? Her excellent coffee created in a very short time such a word of mouth that, even from Florence, on Sundays, many left to go and enjoy the coffee of "Sor Ugo".

It is from that success and the conquest of the public that the coffee company was born: inspired, like its original premises, by the cosmopolitan, sophisticated and refined world of the city from which it takes its name.

It was from that success and the conquest of the public that the coffee company was born: inspired, like its original premises, by the cosmopolitan, sophisticated and refined world of the city from which it takes its name. 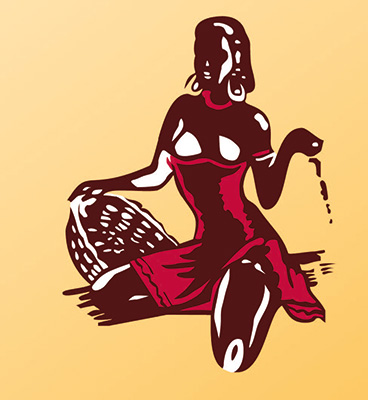 In the years to come, the company's style has not diminished, nor has its retro aesthetic and the mission that still drives it to spread the culture of this Tuscan coffee around the world.

Since the mid-1930s, the black woman holding coffee beans became the trademark of Caffè New York. This symbol, although slightly modified over time, will accompany this company for the rest of its life.

In the 50's and 60's, Mr. Incerpi's son-in-law, Mr. Oscar Onori, developed the company so much that Caffè New York became the most sold coffee in bars and restaurants all over Tuscany. In this period, was launched the "Primeros", a special delicate blend, which emphasizes above all the power of the real Italian espresso coffee.

Caffè New York has always preferred varieties coming from America from which it takes inspiration. Nevertheless, its blends are undoubtedly more suitable for the espresso cup.

In its long history, the Tuscan roasting company has specialized in preparing blends, in beans or ground, wisely selected from the harvests of Guatemala, Costa Rica and Brazil. A philosophy that respects the raw material and definitely gets the best from the peculiarities of the fruit grown in the plantations of the place. 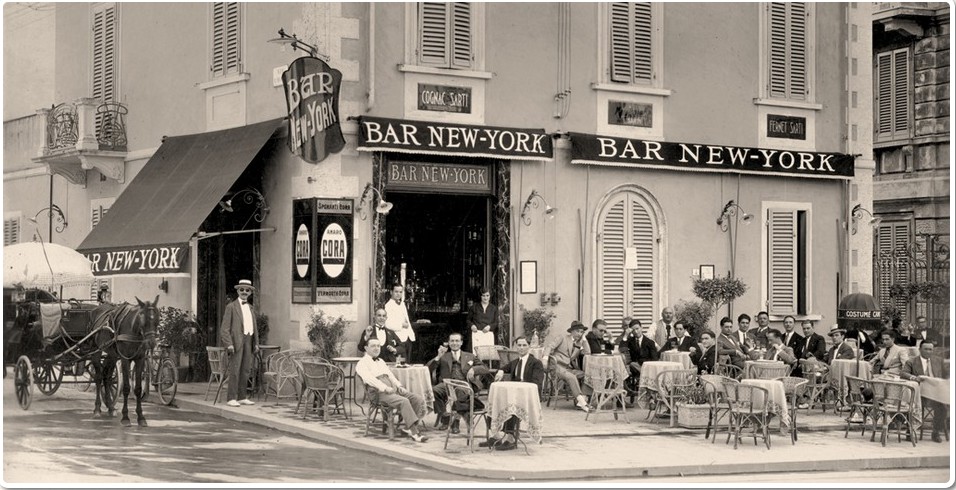 The New York range is built precisely around this idea of protection and respect for the long tradition of Central and South American coffee cultivation.

As a consequence of the quality standard that the roasting company demands of its product, the range of products offered is not the widest, especially when we look at pods or capsules. On the other hand, the selection of grains and ground coffee is much more imaginative and varied. Always because of this strategic choice, even the price reflects the high demands on the coffee packaged by the company, but it is definitely worth it.

The packaging already lets you know that Caffè New York doesn't joke about seriousness: each package is a masterpiece of colors and vintage graphics, which capture the eye and imagination. The blends are sealed in a protected microclimate that favors the conservation of coffee even for extended periods. The same goes for the coffee tins, among which the "Americano" blend is also available, as a tribute to the land that has been the muse for this Italian company. 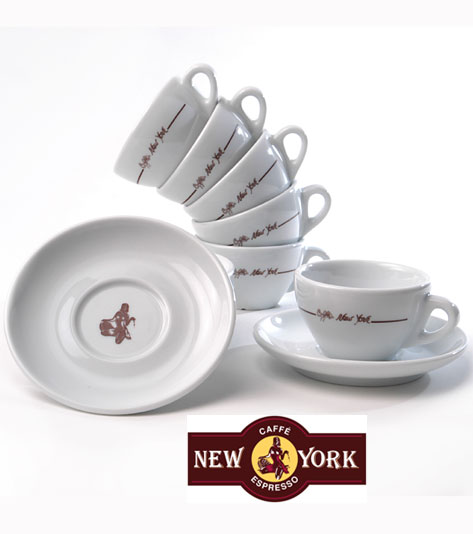 The company offers in its assortment Nespresso-compatible capsules and ESE pods to ensure an extended use to all modern needs, all also in the decaffeinated version. The choice of Caffè New York blends ranges from the great classics Extra and XXXX, to the various single-origins, organic coffee and fair trade coffee. Various qualities of coffee in jars offer not only an always fragrant experience, thanks to the resealable cap, but also a characteristic container to reuse.

Finally, qualities called "Rare Coffee Blends" offer an experience designed specifically to tickle our taste buds such as "Sapore Forte". This selection offers a stimulating taste of superior coffee perfect for moments of relaxation in solitude or in company. Caffè New York is the true "Made in Italy" brand, an icon of Italian roasting that has been able to distinguish itself for its original character and is appreciated both in Italy and around the world.

Every day thousands of people all over the world drink a Caffè New York espresso. Not only in Tuscany, but also in Japan, France, Canada, South Africa, Germany and anywhere else where Caffè New York has found such a response that it has prevailed over its much better known competitors.

This is also confirmed by the numerous awards received.

This website uses cookies, which are necessary for the technical operation of the website and are always set. Other cookies, which increase the usability of this website, serve for direct advertising or simplify interaction with other websites and social networks, will only be used with your consent.
Configure Accept all